A simple, refreshing blend of vodka, fiery ginger beer and zesty lime juice, all served in a chilled copper mug to keep everything ice cold, the Moscow Mule is a familiar sight in many cocktail bars. Unpretentious and easy to drink, it ranked 13th in a 2020 survey of the world’s most popular cocktails by Drinks International.

Legend has it that the Moscow Mule was invented in 1941 at the Cock ‘n’ Bull tavern in Los Angeles, by the tavern’s owner, John ‘Jack’ Morgan, who also happened to be the president of a company that produced ginger beer, and John Gilbert Martin, president of G.F. Heublein & Bro., who had recently purchased the Smirnoff company. Neither man was having much luck selling his product by itself, but when they came up with the idea of combining the two, a legend was born. Another version of the story has the Cock n’ Bull’s head bartender, Wes Price, inventing the cocktail as a way to clear out the cellar, which was full of unsold vodka and ginger beer. He is then said to have sold the very first one to Hollywood actor Broderick Crawford. 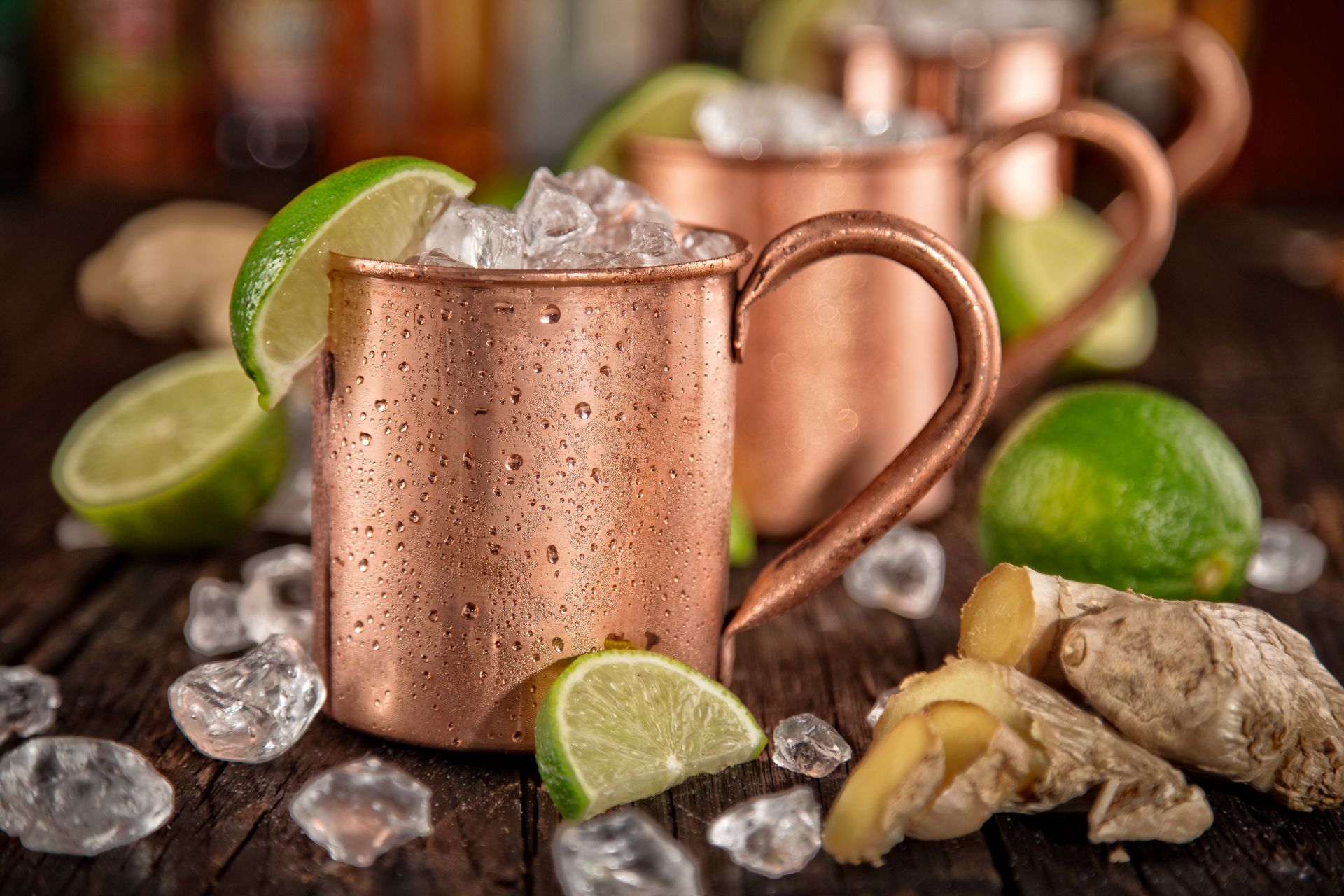 Whichever story is true, this new cocktail soon caught on, and as with any classic cocktail, has spawned countless variations over the years. The vodka has been switched for other spirits, and various fruit juices, botanicals and other ingredients have been added, as bartenders around the world have tried to put their own stamp on the recipe.

Vodka has a neutral taste, so the spirit adds nothing to the overall flavour of a Moscow Mule. Gin, however, is flavoured with botanicals, most notably juniper, but often also with other notes, including citrus, cardamom, cassia bark and various floral notes. If you like your cocktails with a little more complexity, the London Mule could be the drink for you, and thanks to the ongoing craze for all things gin-related, there is a great choice of excellent quality gins available to choose from.

Making a London Mule at home couldn’t be simpler. All you need is three simple ingredients, it doesn’t require any fancy gadgets, and there are no obscure mixers that will sit in the back of your cupboard for years afterwards. 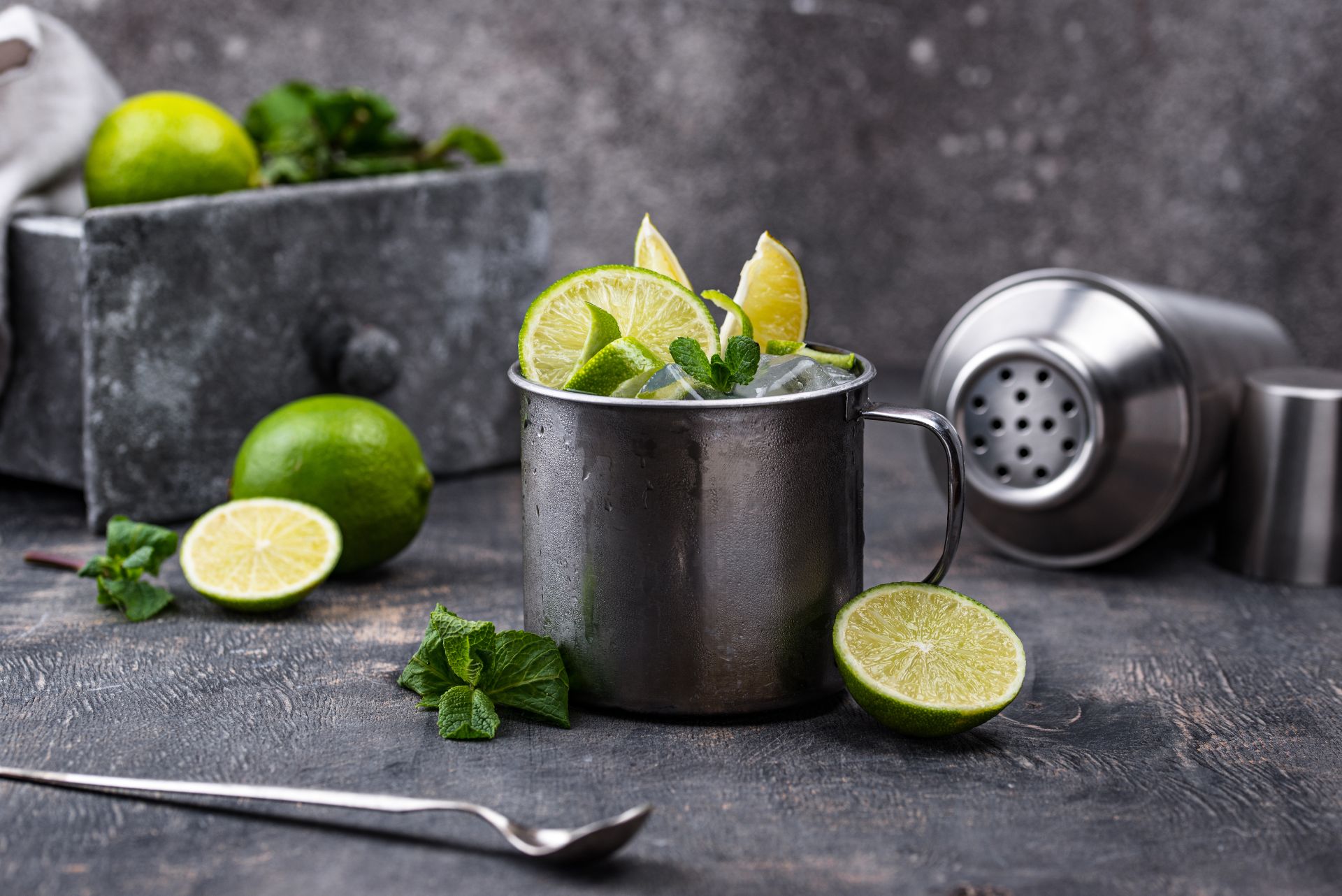 Fill a copper mug with plenty of ice, then pour over the gin and lime juice.
Top with the ginger beer, and stir gently to mix.
Garnish with the lime wheel.
Serve and enjoy.

How to serve it

The classic way to serve a Moscow Mule is in a chilled copper mug, and this tradition has been carried over to the London Mule. Some versions of the Moscow Mule origin story include another character who had copper mugs to sell, making them the intended vessel for the cocktail from the very beginning. Whether this is true or not, copper mugs have become an iconic part of the Mule’s image.

If you do decide to use a copper mug, opt for a modern make that is lined with a food-safe metal such as nickel or stainless steel, as acidic ingredients like lime juice can react with copper and cause unpleasant side effects. Chill your mugs in the refrigerator for 30 minutes before use for ice-cold cocktails.

If you’re looking for a suitable dish to serve with a Mule cocktail, try something light and elegant like a salmon tartare, or baked avocado. For more advice on food pairings, plus a how-to guide to making low alcohol versions of classic cocktails, check out the video clips in our Low Proof Pairings series.

As we have already mentioned, classic cocktails tend to inspire many variants, and perhaps vodka-based cocktails in particular are seen as something of a blank canvas, due to vodka’s neutral flavour. These days, there is a diverse family of Mule cocktails, with many different base spirits and all kinds of added flavourings.

If you like your cocktails a little fruitier, you can choose from a cool watermelon Moscow Mule; a tropical Moscow Mule, with pineapple juice and passion fruit; a tangy blackberry Moscow Mule; or a citrus Mule, where the traditional lime juice is joined by lemon juice, grapefruit juice and orange liqueur. 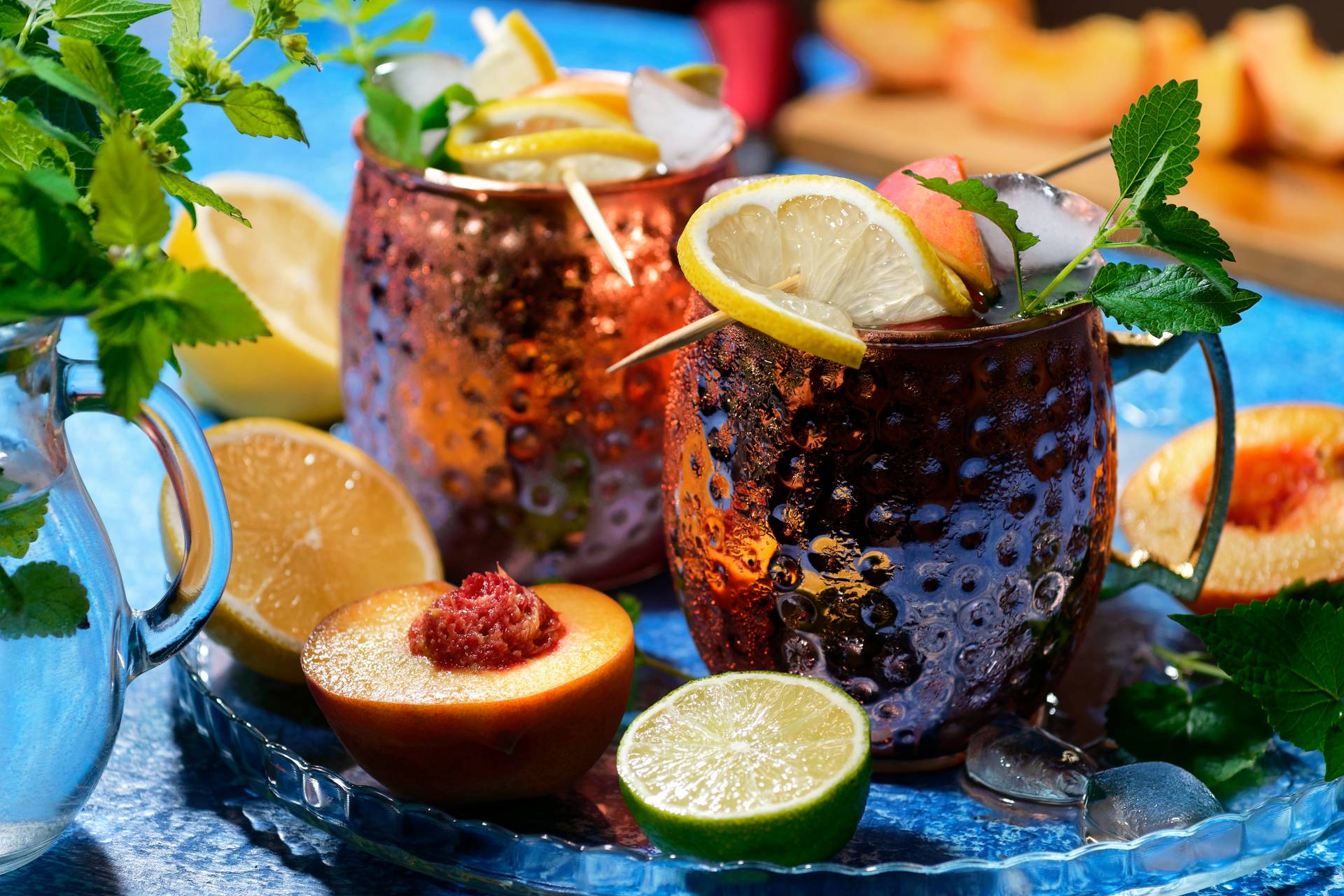 In addition to these, the Moscow Mule has cousins from all over the world. If you like the idea of a Moscow Mule made with tequila instead of vodka, you can try a Mexican Mule (recipe courtesy of Difford’s Guide), and if bourbon is more your style, there’s also a Kentucky Mule (recipe by Liquor). The Caribbean Mule, also known as the Jamaican Mule (recipe from Total Wine) is made with rum, the French Mule with cognac and angostura bitters and the Irish Mule with whiskey, to name just a few.

There are far too many members of the Mule family of cocktails to list here, and more are being created all the time. If you can think of a fruit or a spirit, there’s probably a Mule that includes it. With so many variations, the Mule really can be all things to all people. Not bad for a drink made from ingredients that wouldn’t sell.

Why is Gordon Ramsey viewed as one of the best chefs...