Lovage may not be the first name that comes to mind when most people think about herbs, but this tasty and highly aromatic plant has been used for centuries to flavour soups, stocks, and sauces, and even to make love potions. 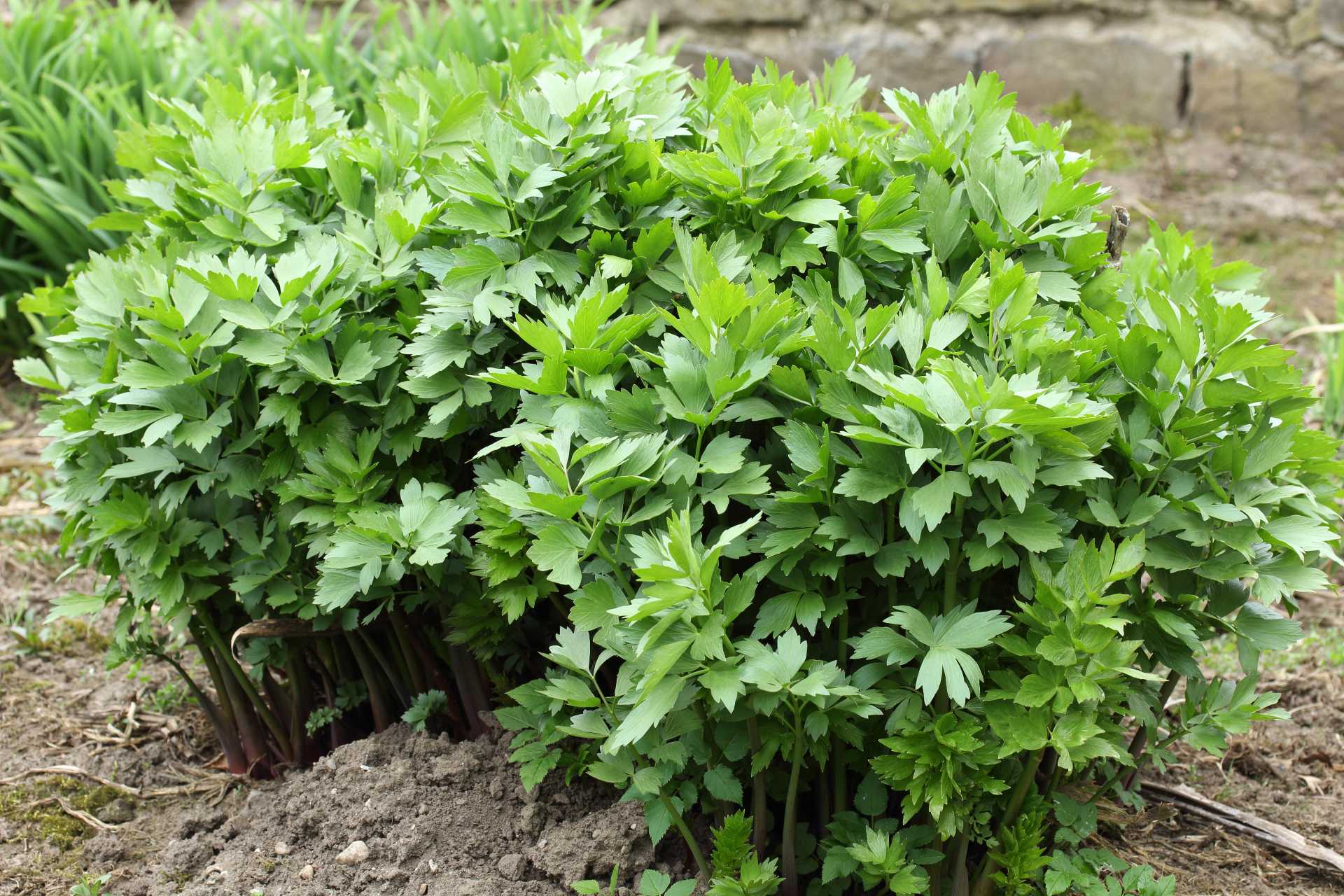 Lovage is a large herbaceous plant with a highly aromatic scent and edible leaves that taste like a cross between parsley and celery, both of which it is related to. It is native to Europe and parts of Southwestern Asia, and has been cultivated by humans for centuries. In medieval Europe it was used as both a foodstuff and a medicinal herb, and was a popular ingredient in love potions. Its name is derived from ‘love ache’, which means ‘love parsley’, with ‘ache’ being a medieval word for parsley.

These days it remains popular in various parts of Europe, and is a key ingredient in many local dishes. In the Netherlands, it is served with white asparagus and salt, and in Romania it is used to add flavour to pickled cabbage and cucumbers, while in the UK it is made into an alcoholic drink called lovage cordial. Thanks to its intense celery flavour, it works well as an aromatic, and can be used to add flavour to soups, stocks, sauces and stews, or simply added to salads for some extra flavour.

How to grow lovage 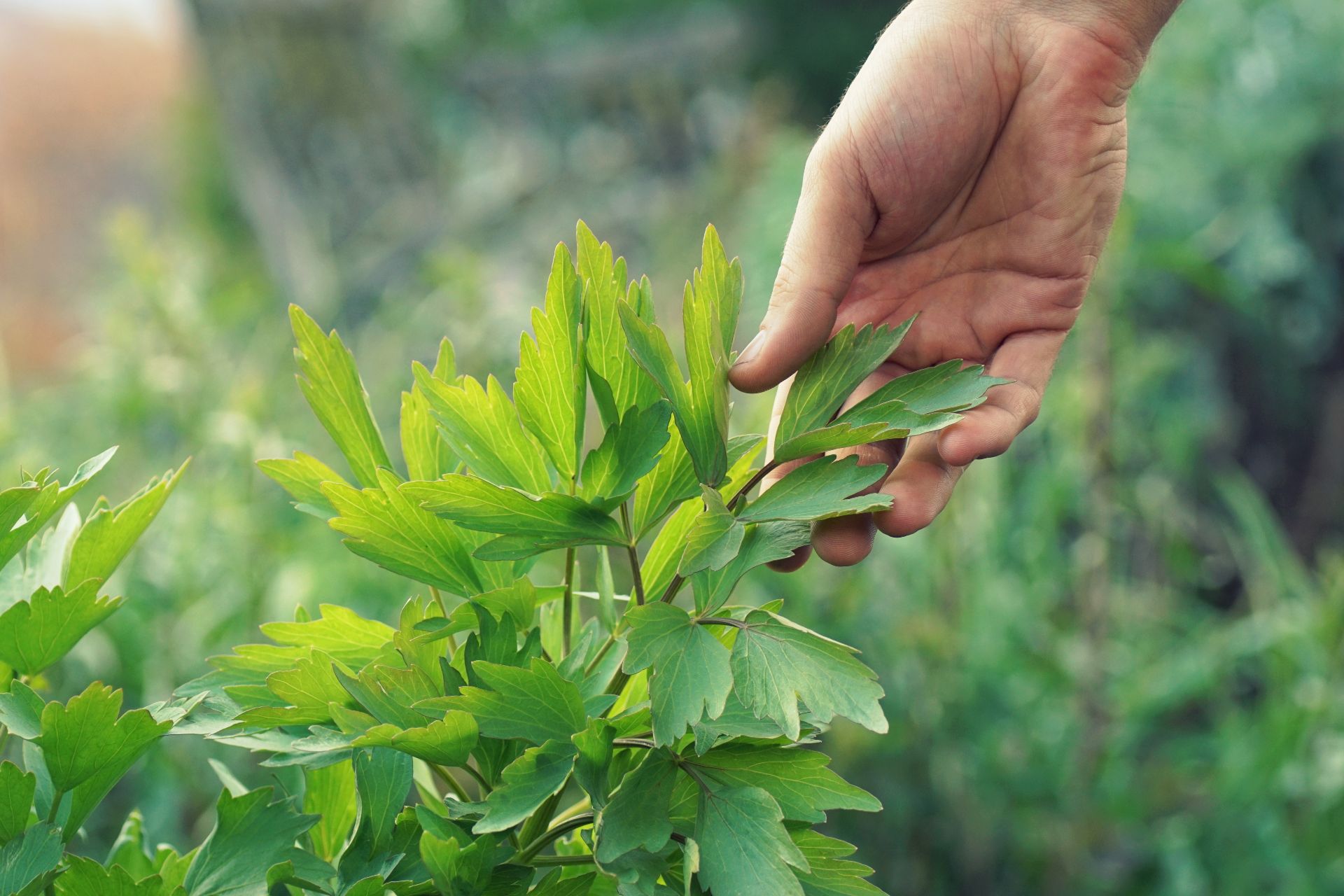 Lovage is a great addition to any vegetable garden. As well as those tasty leaves, the roots can be eaten as a root vegetable, and the seeds are also edible, with a flavour that has been compared to fennel seeds. This useful plant also grows clusters of attractive yellow flowers in late spring, which attract beneficial insects to your garden.

The best time to plant lovage is after any chance of frost has passed. If you’re growing from seeds, start them off inside around 10-12 weeks beforehand, and they should be ready by the time the weather is warm enough. Lovage prefers rich, loamy soil, so dig in plenty of compost to improve the soil before planting. A nice sunny spot is best, but lovage will also tolerate partial shade. Plant two feet apart, with two feet between rows, and water the plants in well. Return to water the plants every day until they are well established.

Lovage has been used as a part of various folk remedies for centuries, and is often used to treat kidney problems, indigestion, coughing and respiratory conditions, among others. As yet, however, there is no scientific evidence that lovage is effective at treating any of these conditions, although there is some research to suggest that it may have antibacterial properties. Pregnant women are advised to avoid lovage, as there are some reports that it may cause the uterus to contract or bring on menstruation, increasing the risk of miscarriage.

If you’d like to try the aromatic flavour of lovage for yourself, these simple, flavourful recipes are a great place to start. 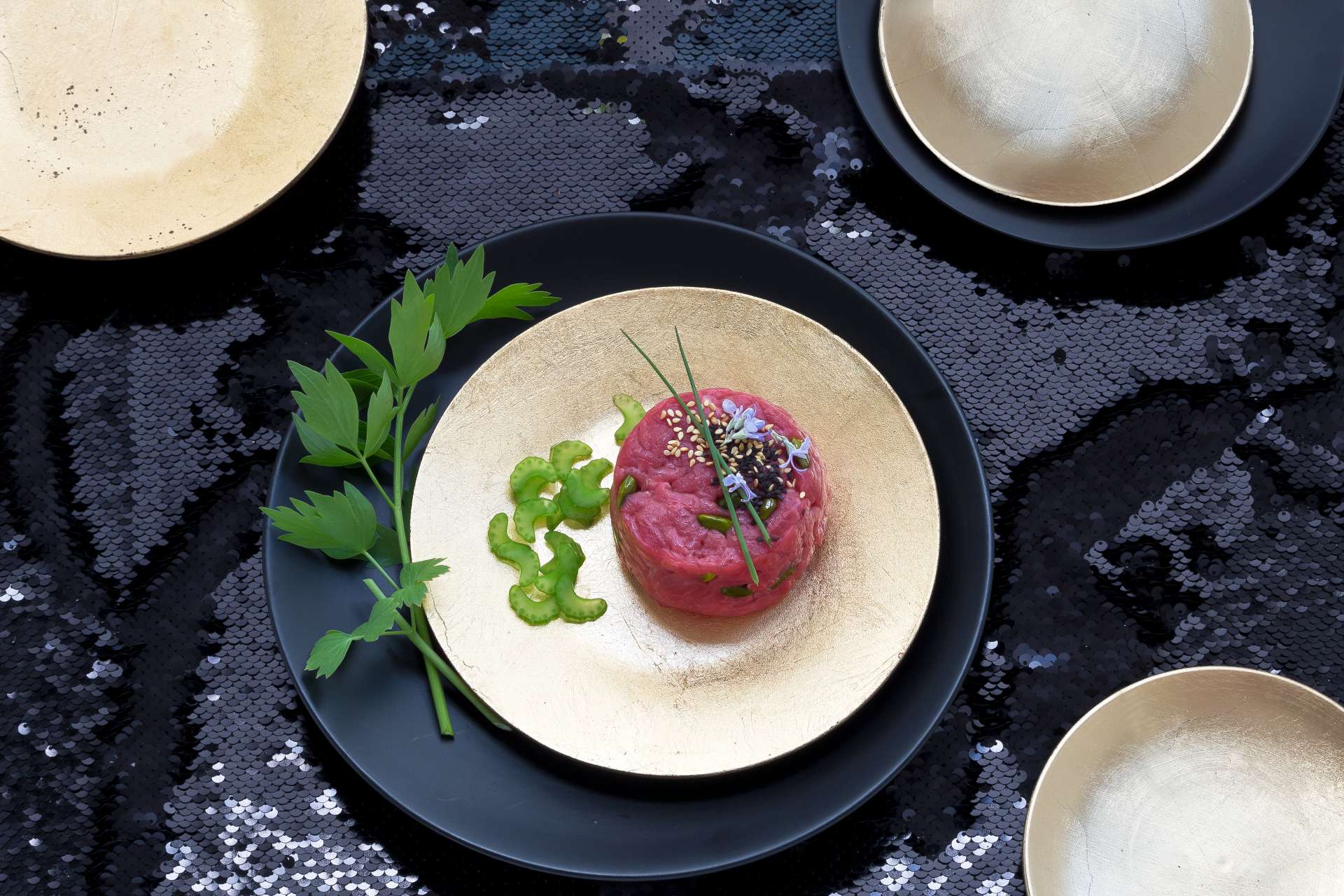 Lovage lemon chicken: this simple roast chicken dish from Traditional Cooking School is cooked with carrots, onions and a bouquet of lovage leaves for an easy weeknight dish that’s full of aromatic flavours.

Lovage potato soup: there are so many reasons to love this gourmet twist on a classic potato soup from Small City Big Personality. It’s hearty, comforting and delicious, and makes a great, no-fuss appetiser if you’re having guests over.

Apple and lovage chutney: this luscious salsa from Recipe Land is the perfect blend of savoury and sweet, with juicy tomatoes, sweet bell-peppers, pungent onion and aromatic ginger all complementing the star ingredients. It can be used as an accompaniment for roasted and grilled meats, on cheese boards, or as a dip for poppadoms or chips.

Lovage cordial: legend has it that this traditional English drink was first invented to disguise the flavour of seawater that sometimes seeped into smuggled brandy. It is typically enjoyed as a winter warmer, and is served two parts cordial to one part brandy.

If you enjoy using herbs in your cooking, but you’re not sure what goes with what, take a look at our at-a-glance food and herb pairing made easy.

How to store lovage 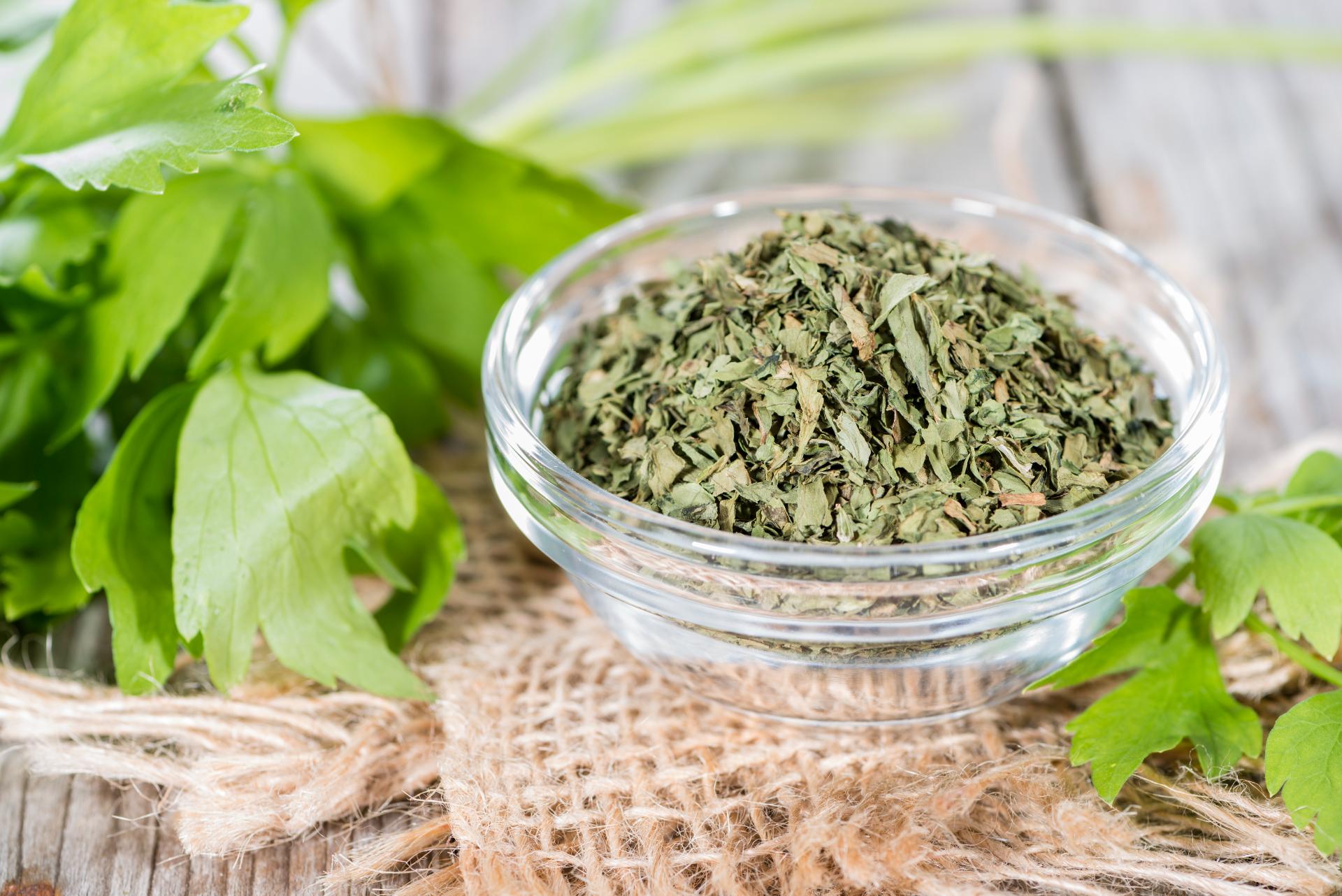 Lovage is at its best right after it’s been picked, but if you have a bumper harvest and you need to keep some for later, there are a few different ways to keep it tasty for longer.

If you just need to keep the lovage for a few more days, put the leaves and stems inside a plastic bag and store in the crisper section of your refrigerator. Stored in this way, they should keep for a further 2-3 days.

To store lovage for longer periods, try drying it. Cut into 1-3 foot sections, then tie the stems together in small bunches and hang upside down in a dark, dry, well-ventilated room. It is important that you find a place with suitable conditions, as lovage loses flavour if it takes too long to dry. Store the dried herbs in a glass jar and use within one year.

Anyone else have a problem with this show. They artificially create...