What is Apache Camel?

Apache Camel is an open-source integration framework. That empowers you to integrate with various systems easily and quickly by consuming or producing data. Camel supports most enterprise Integration Platforms to solve numerous integration challenges with the best practices out of the box. Apache Camel has its popular library within Spring Boot, Quarkus, Application servers, and subproject options on Camel Apache makes the work easy.

Apache Camel consists of numerous components to access the database, message queues, API for seamless integration. One of the best USPs of Apache Camel is that it supports more than 50 data formats. For translating messages in multiple formats into finance, telco, healthcare, and more.

What Problem Does Apache Camel Solve? 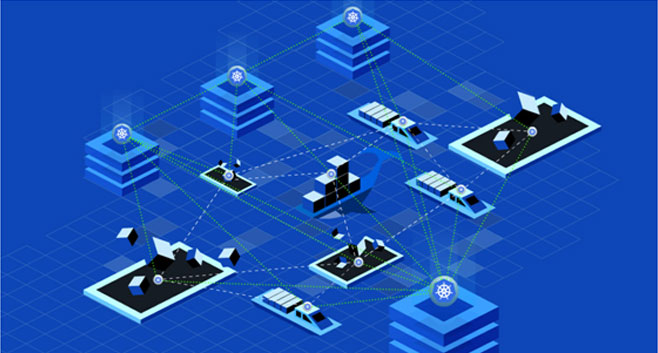 In distributed systems, application developments, connecting numerous external sources is a complex process, as they have their transportation and litigates. As different systems use different messages, the communications between the unit due to their exchanges.

When you implement code for end-to-end communication between the systems. One of the best ways to overcome all these hurdles is to use a middleware framework. It reduces complexity and enhances flexibility by adding and using tiers in the system.

Apache Camel seamlessly integrates several applications with different protocols and technologies, even it supports multiple programming languages, and every integration uses the same concepts. The process is quite simple – there is a producer, consumer; there are end-results, irrespective of technologies, protocols, and domain-specific languages. Even some of the additional features are – error handling and automation testing using camel Extension – Junit.

In addition, Apache Camel is an open-source framework to provide a rule-based routing and mediation engine by implementing EIPs. The plus point with Apache Camel is it makes integration seamless and smoothly routes JMS to JSON, HTTP to JMS, FTP to JMS, HTTP to HTTP, and vice versa to enhance the connectivity of microservices.

All you need to do is provide appropriate endpoints at both ends. Another advantage of working with Apache Camel is that it is extensible, and therefore more and more endpoints will add to the framework in the future. 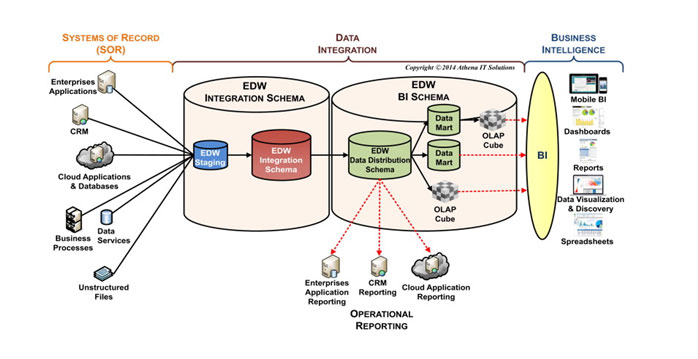 Identify a fragment of your business that should initiate sending of data, and in the same application layer, write the data transformations based on what the recipient is expecting. Then, wrapping the data in a structure that becomes the best suitable for transferring and routing over a network. The next is creating the connection to target applications using the appropriate driver or a client’s SDK (Software Development Kit.) And Finally sending data and handling the response.

When you combine all the processes, it becomes complicated and even time-consuming. But Apache Camel simplifies everything, making the entire process super flexible to enhance productivity.

Advantages of Apache Camel Over the Mule?

Apache Camel uses Java Domain-Specific Languages with Spring XML for easy configuring the routing rules and providing EIP. The Camel API is smaller and cleaner. And it aligns with the APIs of JBI, CFX, and JMS for producing more closely maps to REST, WSDL & JBI. On the contrary, the Mule is upon the UMO Model, which is less powerful compared with Apache.

Advantages of Apache Camel Over the Service Mix?

ServiceMix Enterprise Integration Patterns is now outdated, deprecated, and replaced by service mix-camel components. The prime difference with Apache Camel is that it uses a more advanced EIP that gets used outside JBI, Java DSL. The Service Mix EIP has still integrated with ServiceMixXbean XML configuration.

Advantages of Apache Camel Over the Synapse?

The Apache Camel community is more active than Synapse as it is inside the Apache Web Service Bar. Camel is the default routine engine; that gets included in Apache ActiveMQ for message-oriented middleware with EIP based upon ESB around OSGI and JBI at Apache. Camel gets the design from the root level around EIP in Java and Spring XML.

Apache Camel is versatile and works pretty much with all types of data formats and transactions, but Synapse lags here with Axis 2, which is no longer in use in recent days.

How does Apache Camel work?

Camel uses Domain-Specific Language, or an XML configuration based on Java to configure routing and meditation rules through Camel Context to implement various EIP (Enterprise Integration Patterns. You can explicitly configure various components using java code that is auto detected using URL. The DSL uses pluggable languages to create an expression or predicate to make a robust DSL that is extendable to the most suitable languages.

Terminology and Architecture of Apache Camel 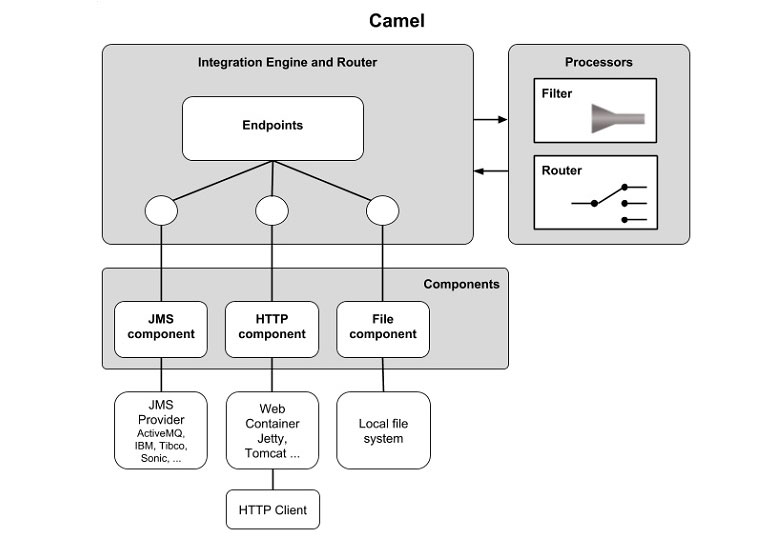 Camel has different terminology and architecture that helps end-users to understand various processes convincingly. They are:

Message – it contains the information that gets transferred to a route. It is where each correspondence is a unique identifier and constructed using body header and assignments.

Exchange – message’s container; it gets created when the correspondence gets received on the other side. It allows different types of interaction between the systems. Even it can define a one-way message and request a response against it.

Components – it is the endpoint factory. In other words, it works as an interface to various technologies, along with the same approach and syntax. Apache Camel supports lots of components and domain-specific languages. Again, it gives the ability to write custom components.

Processor – It is a single process method for operating custom business logic on a message that consumers receive. It helps in integrating the concepts and principles with the route using the java interface.

On top of everything, the camel’s architecture is quite simple and pretty much user friendly. The camel context represents the camel runtime system, and it wires various concepts that include routes, components, or even the endpoints.

Apache Camel routes get written in various Domain Specific Language (DSL). Some of the most popular are:

Spring XML — A XML based DSL in Spring XML files:

Apache Camel offers multiple projects format and approaches. It is where you can seamlessly integrate various systems consuming and producing data. The Camel K is a lightweight integration framework that runs perfectly and natively on Kubernetes.

Apache Camel is a lightweight integration tool that does not require any individual machines for integration, and even the language is simple to understand. Plus, Apache Camel is an open-source project so that everyone can collaborate with it.

What’s happening with industrial commodity prices in China? By Reuters

Listen to The Killers and Bruce Springsteen’s long-awaited collaboration, ‘Dustland’

What am I supposed to eat for breakfast? : sugarfree